Colin P. Drummond started his piping career with The Isle of Mull Pipe Band in Denver Colorado 33 years ago.

Colin moved to Central Jersey in 1992 and played with CuChullain Pipe Band and honed his piping skills under the instruction of Joe McGonigal and Seamus Coyne. In 1998, Colin moved to Philadelphia and joined Washington Memorial and continued his development under the tutelage of Pipe Majors Col. Phil Townsend and Derek Midgley.  Colin was  Pipe Major for many years and has led bands to dozens of awards and commendations.

Colin teaches beginners as well as running the day to day operations of the school. 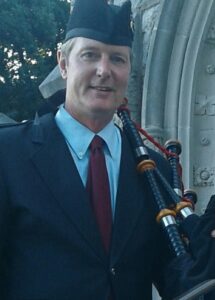 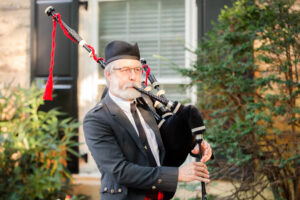 As a soloist, Dan has competed at the Grade 2 Level, amassing 13 first places, 10 second places; 9 third; 3 fourths. Dan is a retired highland dancer and often plays for highland and country dancing and can be heard on several country dancing CDs. In addition to highland pipes, Dan also plays border pipes, small pipes, flute, and fiddle.

Rich began playing the bagpipes at the age of 8 years old in Rockledge, Pennsylvania.  He followed in his  father's footsteps, who emigrated from Northern Ireland.  Rich was taught by world renowned pipers such as Donald Leslie, John Rae Miller, and Robert Gilchrist.  Starting his solo career at the age of 11, Rich quickly elevated grades and earned the distinction of Grade 1 status by the time he was 17 years old.

Rich has played in numerous prize winning bands over 4 decades, including City of Wilmington, Olgilvie Highlanders, Lehigh Valley PB, and Delmar and District PB.  Recently, he was the pipe major of First Highland Watch and the Philadelphia Emerald  Society PB where he led the bands to numerous prizes in Grade 4.

Rich is currently the pipe sergeant of Philadelphia and District Pipe Band and teaches all levels of pipers. 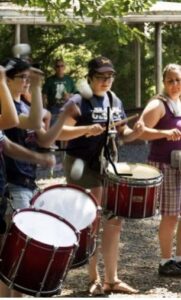 Sophia McConnell began playing when she was 8 years old under the instruction of Jon Quigg. During this time, she played with Guilford and Glencoe out of Towson, Maryland and competed in solo competition throughout the east coast and in Scotland at the World Solo Drumming Championships in the under 13 category. She then played with the Balmoral Highlanders Pipe Band out of Pittsburgh, PA for a season before moving to the Ulster Scottish Pipe Band of Philadelphia, PA in 2011. With Ulster, Sophia has competed at the World Pipe Band Championships in Scotland twice, has traveled to the North American Championship in Canada several times, and has competed throughout the east coast. She has had the opportunity to play solos throughout the east coast and in Kansas City at the Winter Storm contest. She currently plays with Ulster Scottish which competes in Grade 2 and takes instruction from Reid Maxwell. She has been teaching for three years.

Join the Band
Hire A Bagpiper